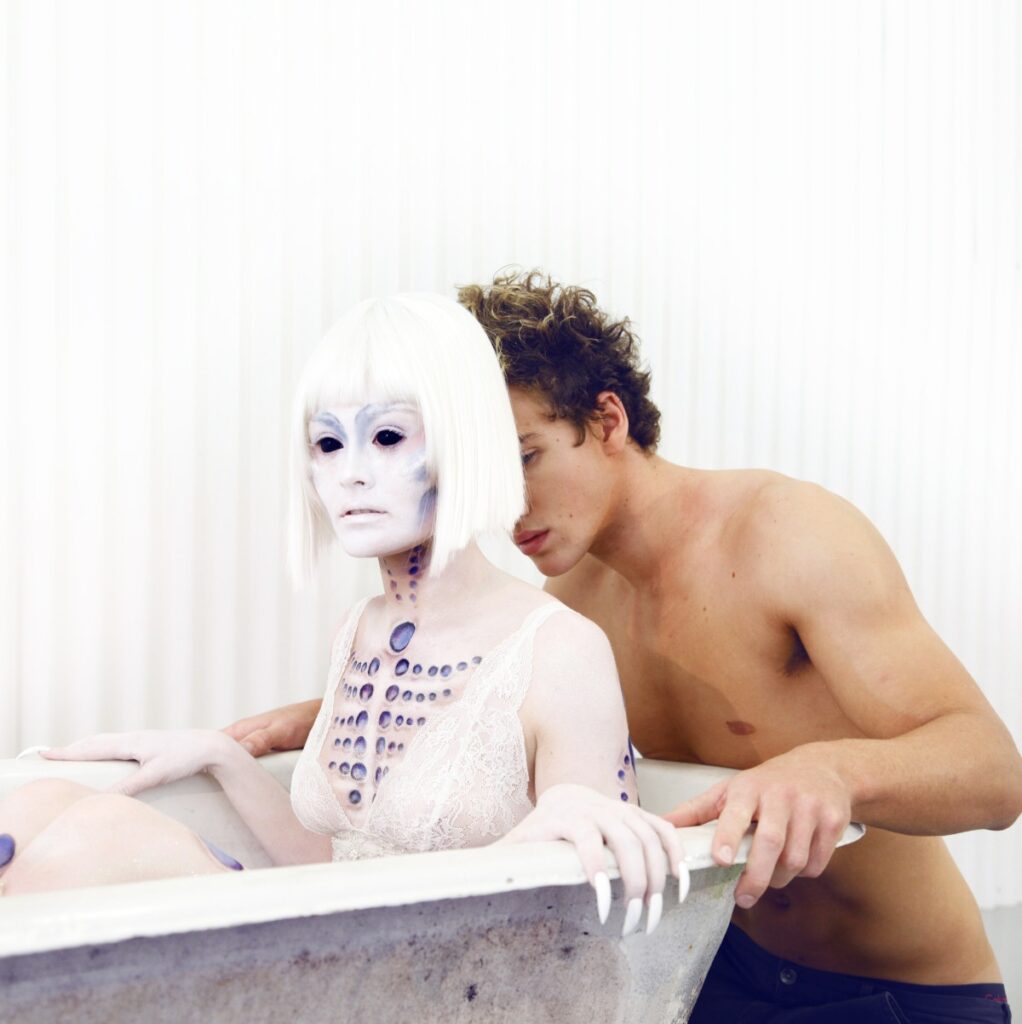 Captured and Seduced is short creative fashion film centred around two unique characters one of which is extraterrestrial. The film explores a master and salve dynamic full of sexual frustration shot in a way that is raw and gritty.

It’s romantic, a little kinky and has some cool body art created by students at the HUXLEY SCHOOL OF MAKEUP.

The music is from the track Silver Screen: Written by Felix The House Cat