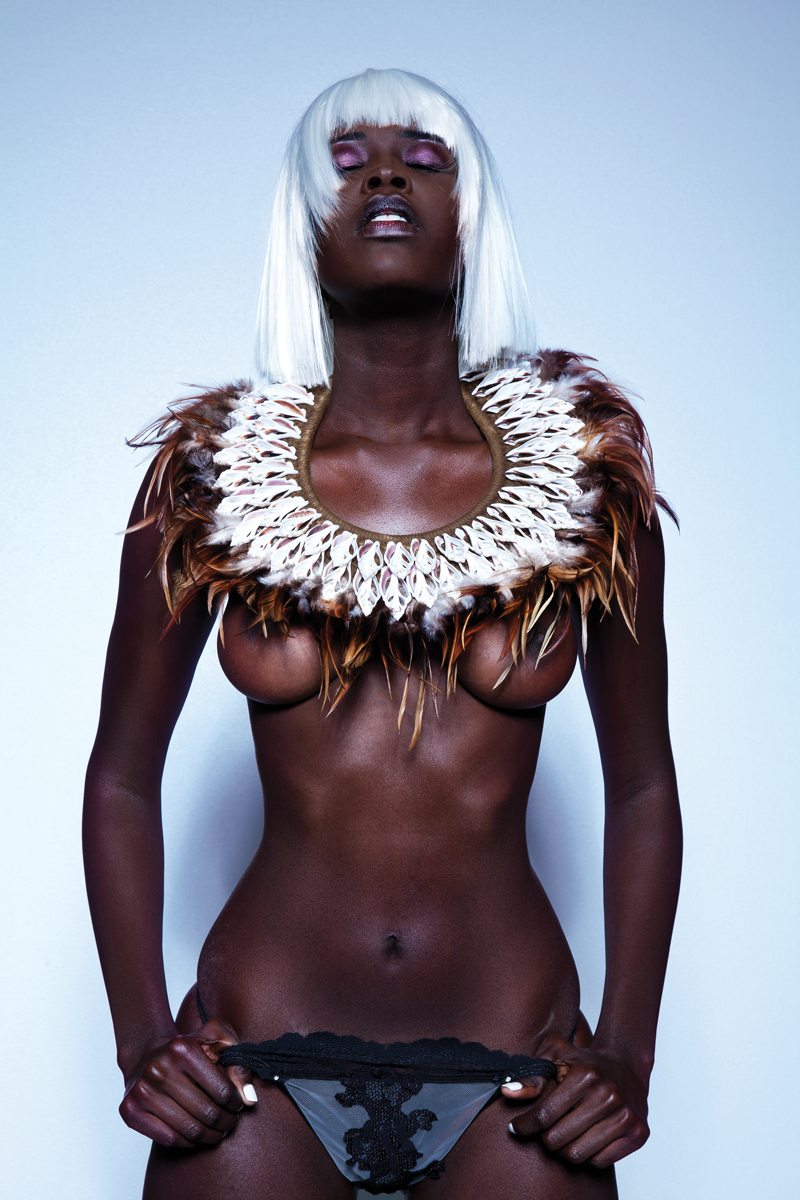 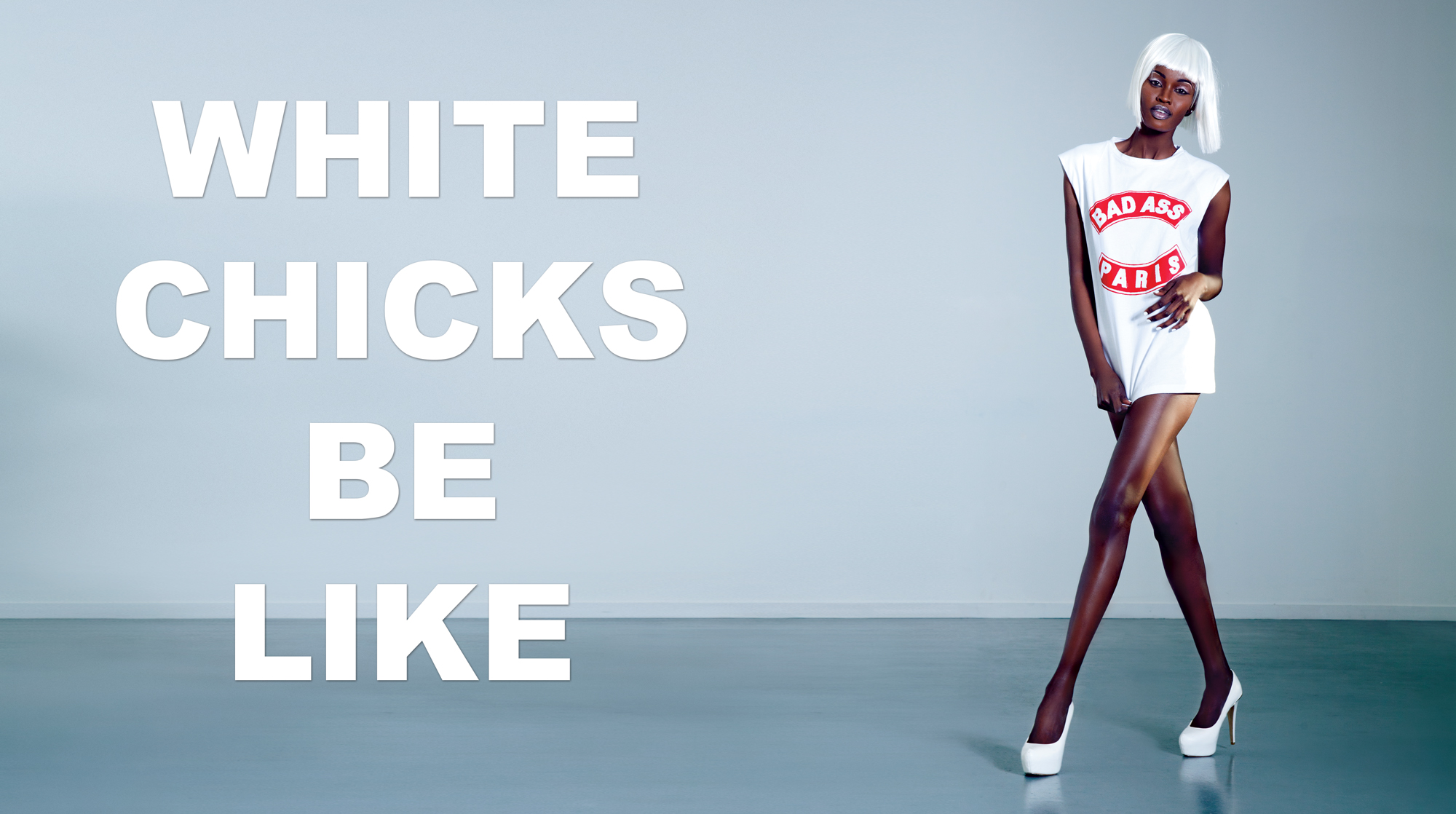 A Contentious Editorial About Being a Minority Within Our Industry

There are certain groups within our society that are perceived as minorities through no fault of their own. This can be due to physical attributes such as skin colour or gender; sexual orientation; ethnicity or religion. It is sometimes hard to realise that together these groups are in fact, not minorities, but a silent majority.

For centuries, if not thousands of years, beauty has been defined by popular trends fueled by the media, political leaders and social icons. The trickle-down effect profoundly shapes our culture as the populous take these trends for themselves. Businesses creating fashions and manufacturing products follow suit and soon enough this social and psychological construct becomes a way of life.

To judge someone on their appearance or social status seems inherently natural for humans. Throughout history people have used this as a crutch to help them fit-in or belong to particular groups. Today, we live in a connected economy where, thanks to the internet and social media, individual voices can now be heard. We, the ‘actual majority’, can speak up for what is right and help educate others who might be trapped in the dark ages.

In the Western World beauty rituals have developed a long way since being a white, heterosexual Christian girl was ‘chic’. People are standing up for equal rights and I am proud to be a part of this movement. There is no place in our world for bigoted, racially or religiously aggravated opinions.  However, there is still more we can do and to make real change, action is necessary.

Fashion has always been at the forefront of social innovation. It also has the power to change entire generations.  In 1964 Yves Saint Laurent created his famous ‘Le Smoking Tuxedo Suit’ for women.  Parisian ladies were literally denied entry to famous French restaurants wearing this look because it was socially unacceptable for a woman to wear the pants. Around the same period black models began walking the runways and designers like Yves Saint Laurent and Dior’s Raf Simons weren’t afraid to put these ladies at the front of their campaigns.  It was a major step forward for black people and set the stage for a cultural revolution.

Today black culture has been appropriated by younger generations who love the style, fashions and the music. However, there is a lack of cultural sensitivity and understanding of the history surrounding these trends. African American culture is rich with substance and I do not believe it is wrong to celebrate and follow these ‘pop cultures’. The problem is that many young impressionable people cannot comprehend the significance of the culture they are following. From a completely observational perspective and without trying to generalise; how many young Australians personally know black people? They passionately adopt the ‘swag’ and mannerisms but how many of them truly understand the ethos?

As a makeup artist, it is vitally important that we have the ability and experience working on people from all ethnic backgrounds. It baffles me how there are so many people within our industry who simply don’t know how to work on dark skin or have even worked with black people. Unfortunately, when there is a lack of knowledge and experience, there is a wealth of ignorance and uninformed opinions.

Vogue Netherlands recently ran an article that celebrated Marc Jacobs contribution to Louis Vuitton. The story featured several white models with black painted faces and black fuzzy wigs that were supposed to signify Jacobs Tribal influences. It was of course tactless and inappropriate. While they might have had the right intentions, it highlights how there is still a lack of cultural sensitivity and awareness in the fashion world.

I asked one of our models Neo about her experience working as a Black Australian model and unfortunately her response wasn’t surprising.

“Modelling is a tough industry to break into for anyone.  They have a particular look that they are after and sometimes even if you’re pretty, you might not have the ‘look’ they want.  I discovered this first hand when I was 15. I walked into a large agency, after friends and family encouraged me to have a go, and after taking a brief look at me the agent said abruptly, “We already have 3 other dark girls on our books” so I wasn’t signed.
It got me thinking; well, how many white girls do you have on your books?  At the time it really hurt my feelings, but I managed to rustle up enough confidence to apply for Australia’s Next Top Model in 2011 and I got through!  Funnily enough as soon as I was noticed the same agent was suddenly interested in me. Needless to say- I didn’t sign with them.  “

How would you describe your experiences with Makeup Artists?

“Every girl wants to feel beautiful and special.  Getting your makeup done can be exciting and inspiring, however, too often I step off the makeup chair looking like an alien! They either don’t have my skin tone in their kit or they seem really nervous working on me. Even on huge productions and runway shows I’ve had makeup artists who despite being lovely people, try using techniques and products that are suitable for pale complexions.
You can’t help feeling a little left out when all the other girls are looking 110% and you have some white foundation and sparkles on your face. I guess they just haven’t been taught how to work on dark skin but these days I always carry my makeup with me to jobs so even if the artist doesn’t have my skin tones I can always lend them mine, haha!”

This editorial spread has our models dressed up in high fashion wearing platinum blonde wigs. The aim of the shoot was to visually provoke the conversation of cultural identity and awareness. Anthropologists have long said that our skin tone is merely a geographic representation of our heritage.

In the words of Amanda Stenberg, best known for her role as ‘Rue’ in ‘The Hunger Games’

“There is a strong connection between physical appearance and culture. Take black hair for example, black hair = black culture. Black culture includes hip hop and rap which have come to be representative of an affirmation of the African identity. Hip hop stems from struggle, from jazz and blues which African Americans created to retain humanity in the face of adversity. When the early 2000’s adopted R&B as part of pop culture, black culture became popular as well. Hence forth integration of corn rows and braids were adopted and in 2013 saw their way onto high fashion runways – but, low and behold, with white models. Unwittingly the beauty industry can be interpreted as contributing to institutionalised oppression of a minority.”

Makeup Artists must also be culture conscious. For this reason the Huxley School of Makeup offers specific classes that focus on makeup design and application for dark skin. Students can discover makeup techniques suitable for dark skin while also giving them the opportunity to work on dark skinned people.

The Huxley School of Makeup Director, Michael Huxley says “It is vitally important that as an ethically responsible education provider, we offer a diverse array of modules to suit the requirements of our industry.  Our students must be prepared for the real world and able to work on all people regardless of their colour, age or ethnicity.  There is so much more to makeup than slapping on some foundation!”

Looking at these images I see the resonance of a minority which instead of revolving around a repressive vibe, highlights one of strength, femininity and power. Perception of what constitutes beauty is decided by the majority – therefore anything out of the ordinary clashes. This perceptual void between the accepted and reality is what the photographer Dan Malloy and Michael Huxley with his art direction, have so successfully captured.

There is no sense pretending people are not biologically varied or that people don’t notice the differences but we can highlight these differences and flip the perspective. Those who do belong to persecuted groups need to recognise that all those groups combined make the word ‘minority’ inaccurate.

Together we are the majority. 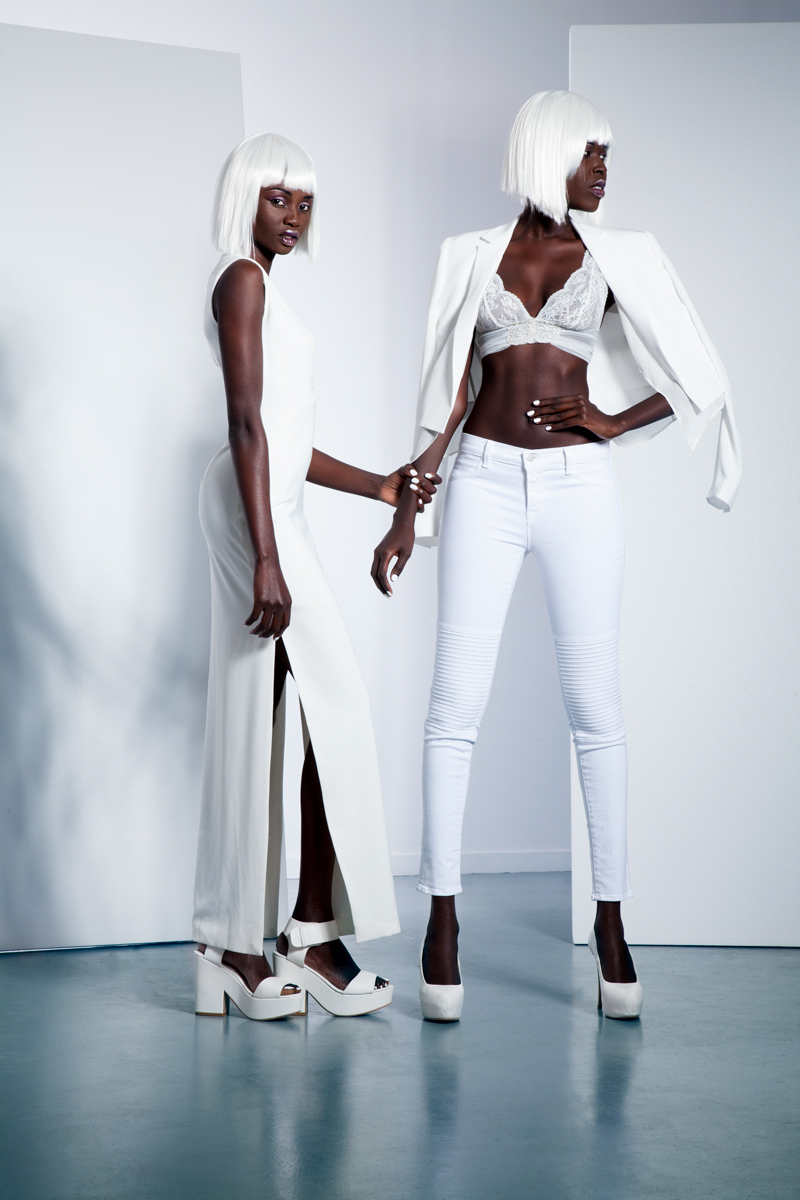 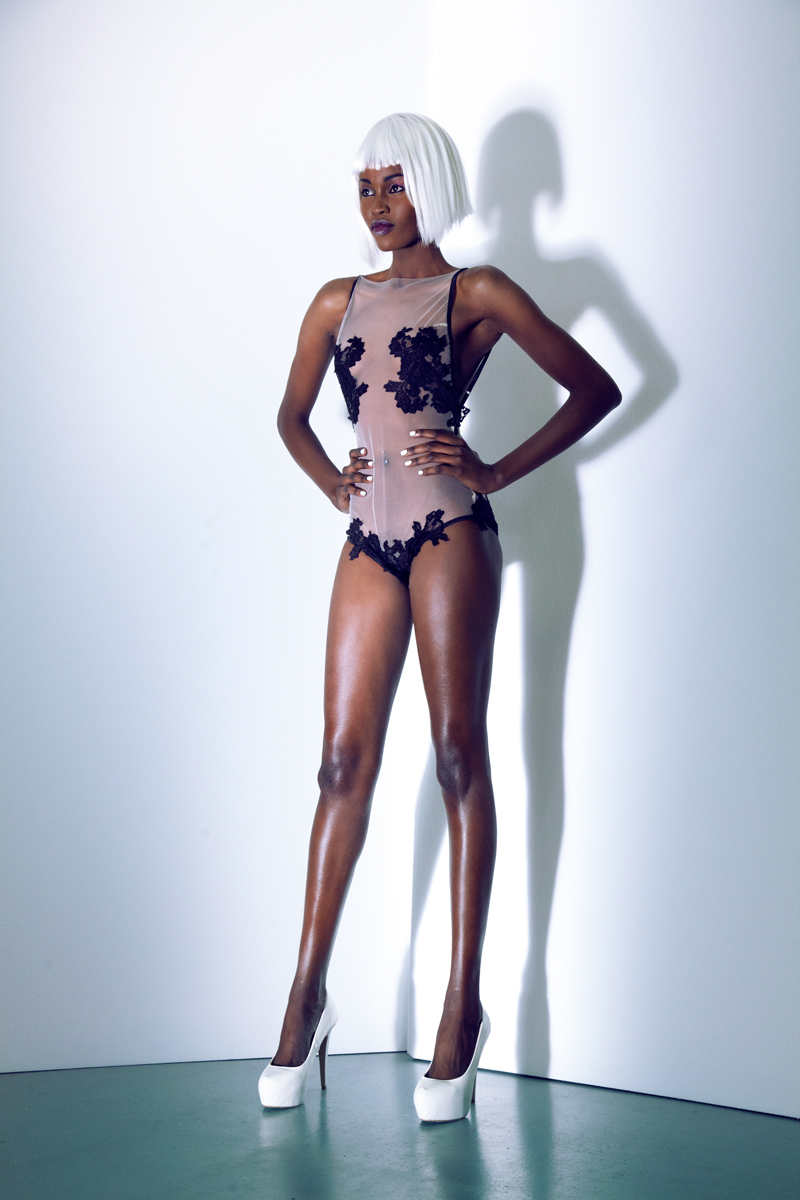 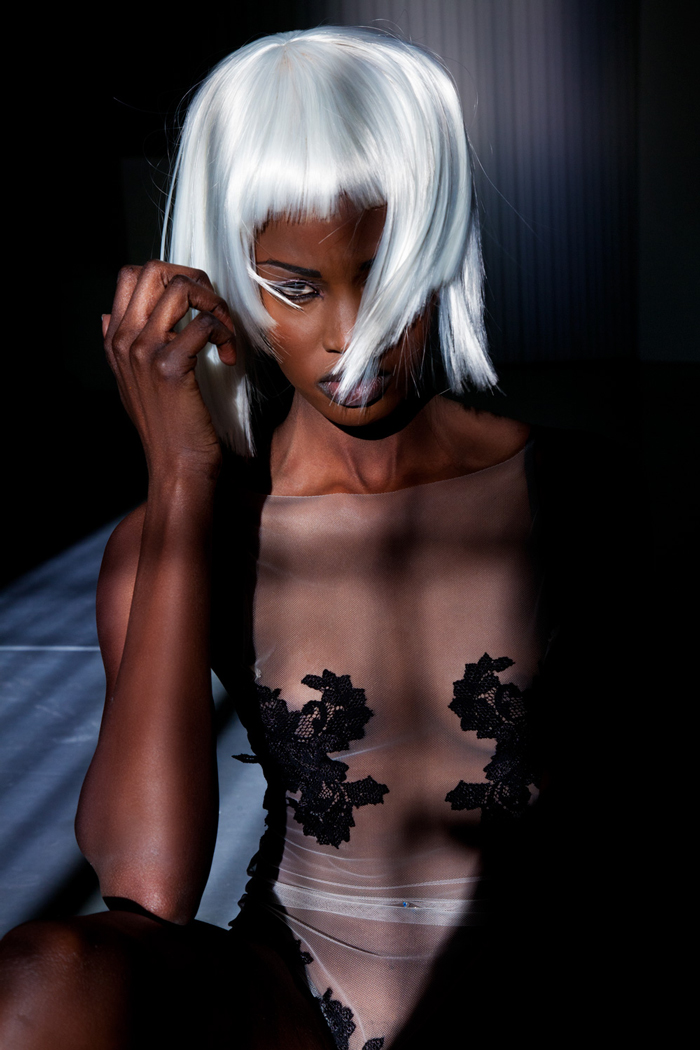 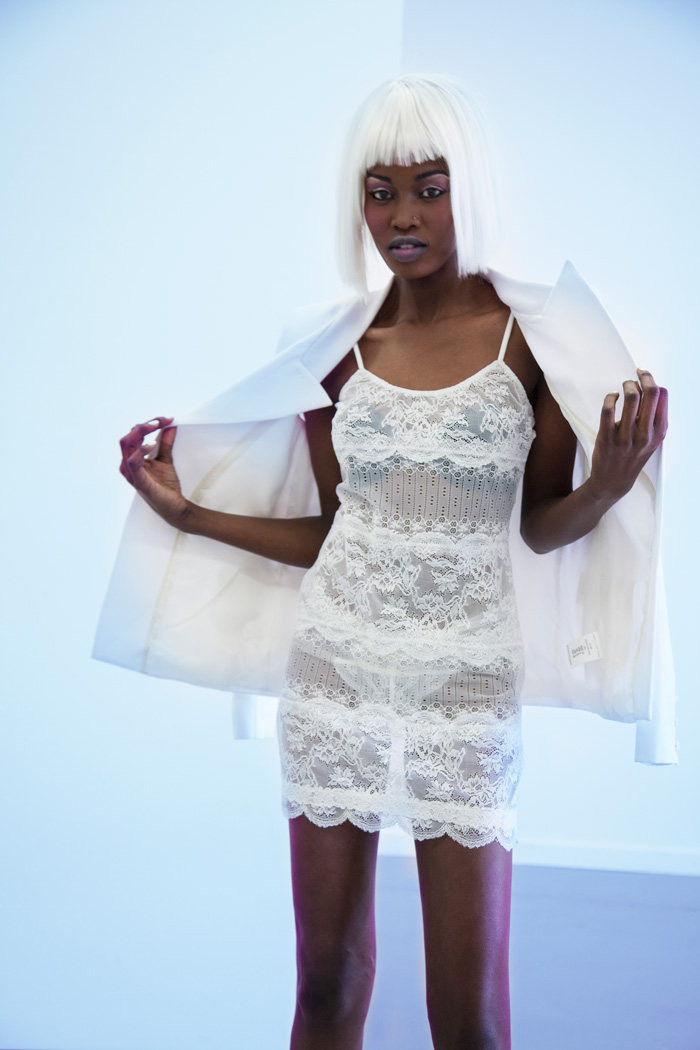 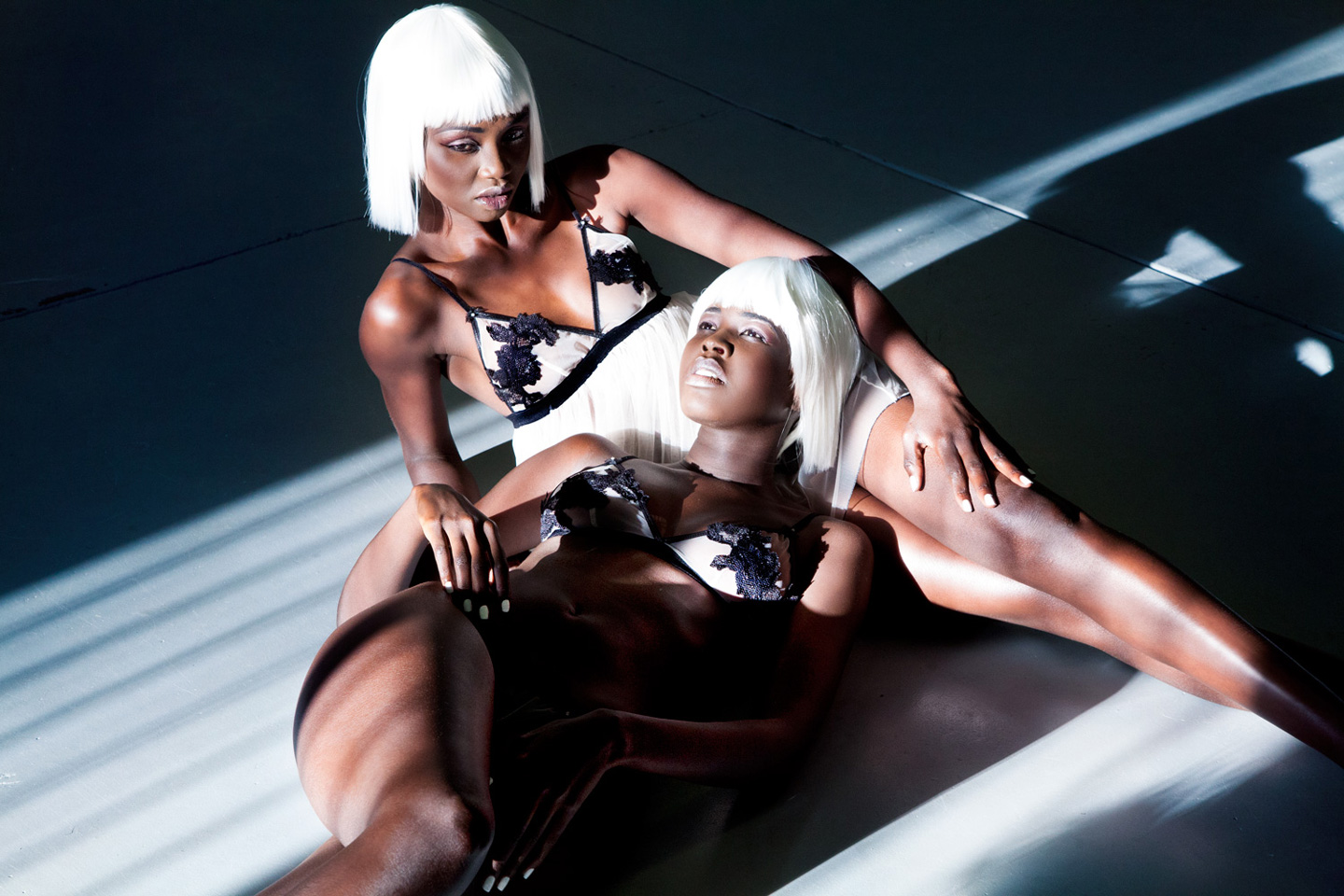 FASHION PROVIDED BY:
ANOTHER LOVE

Sorry, no posts were found.